Southeast Asia is a new idea, a concept that has multiple meanings, shifting boundaries, and uncertain referents. The idea of Southeast Asia finds its origins in the broader project of European colonialism. The earlier Chinese nanyang and Japanese nampo, literally meaning “southern foreign” or “southern ocean,” largely gesture toward the Malay archipelago. Southeast Asia as a political term largely emerged following the creation of Louis Mountbaten’s South-East Asia command in 1943, an offshoot fo the India command, which included Ceylon (Sri Lanka) and the Raj’s Northeast Frontier, where we might locate Bangladesh today, for example, whilst excluding the Dutch Indies (until 1945) and Philippines. Within it were both competing civilisations —Angkor in Cambodia, Borobudur in Java, Ayutthaya in Siam, Pagan and Mrohaung in Burma—and competing colonisers—the British in Burma, Malaya, Singapore, and northern Borneo, the Dutch in the so-called Indies, Portugal in eastern Timor, the Spaniards and Americans in the Philippines, and the French in Laos, Cambodia, and Vietnam—a cutting up of a geo-body more tortured and drawn out than the scramble for Africa.

The term also gained currency amongst Western academics at around the same time, beginning with former British colonial servant John Furnivall’s Welfare and Progress in South-East Asia (1941) and Educational Progress in Southeast Asia (1943). In particular, Southeast Asia as a cohesive region is a byproduct of colonialism, and if we were to think of it as an imagined community, it would be one that finds its origins in the colonial imagination and fantasy of the West. Whereas the beginnings of the idea of Southeast Asia was an entirely colonial enterprise, its solidification and maintenance took place in the onset of the Cold War, with the spread of communist and anti-communist movements, following the end of Japanese colonisation. Between the various communist forces in Laos, Vietnam, Malaya, Cambodia, and Indonesia in particular, the region posed the greatest threat of being “lost” like China or the Soviet Union.

Following the end of the Cold War, Southeast Asia maintains itself largely as a weak political bloc—as exemplified by the failure of ASEAN to address the 2021 Myanmar coup in any meaningful way—and object of study by mainly researchers in the West, a sub-field of what is called “area studies.” Southeast Asian studies, once again, began as the colonial venture of diplomats, generals, and intelligence services, and later grew into its own fields of study. It was first catalysed by the Second Indochina War in the 1960s, then later as military and diplomatic interest waned, became funded by private foundations such as Ford and Rockefeller in the U.S. Southeast Asian libraries and archives were established in the U.S., unparalleled anywhere else in the world, and provided funding for students from diverse regions, most importantly Southeast Asia itself, to study and perpetuate the field and its coloniality. As a particular field of area studies, the external researcher enters as a foreign body and immerses themselves in the field site, eventually producing knowledge from intellectual and cultural surplus labour that is reported back to the metropole.

How should we think of Southeast Asia today? Outside of political maneuvers and academic ventures, Southeast Asia remains a primarily discursive construction that is fluid, open, heterogeneous, and oftentimes foreign. People in Southeast Asia hardly think of themselves as Southeast Asians per se. Of course, one might point to the readily available cartographic representations of the geographic landmasses (not to mention maritime borders) by which we mean Asia and Southeast Asia, but since Benedict Anderson, we can easily apprehend these to be amongst the key technologies of nation-building and state-making, and therefore need to be continually interrogated as bases for identity construction and solidarity. By Southeast Asia, then, we do not have a single referent in mind, but rather welcome the openness and multitude of its meanings and signifiers. In particular, Sri Lanka, Bangladesh, Northeast India, Hong Kong, and West Papua are not out of bounds.

The International Left is also very much an imagined community. To speak of a left, a right, and a centre presumes a universally legible politics or political economy that is also one-dimensional, to which any particular set of politics can be measured against. This is not to say that international cooperation between those who might be broadly understood as being on the Left has not existed, but the question is to what extent does the international fall short of the global. It is easy to confuse one for the other, but to be international simply requires at minimum a dialogue between two people in two different nation-states. More broadly, what often is conceived to be an international Left, especially where English is the main lingua franca, is constituted by and centred in North America and Western Europe, and sometimes also South America. With this in mind, we pose the question as to what constitutes the Left in Southeast Asia as an interrogation of Left internationalism and a critical appraisal of revolutionary modes of politics in the region.

Southeast Asia is arguably home to the richest constellation of political models, comprised of nations in varying states of postcoloniality, each a differing configuration of communism, capitalism or authoritarianism, whether ruled by monarchy, military, or democracy. What might be understood as left politics in the region therefore falls variably. Whereas it is possible to develop a shared language around the plight of the working class, the struggles of migrant and refugee populations, and ideologies rooted in socialism, communism, or anarchism, the simple act of translating across different contexts—not to mention languages—is a highly nontrivial one, let alone collaborating in meaningful ways. In the wake of decolonisation, to the extent that much of our own thinking has been trapped within the narrow frame of the nation-state, as hegemonic as state power is in dictating the terms of daily life, so must we break through in order to build power and imagine otherwise. Perhaps equally important is that the heterogeneous political configurations even of neighbouring states serves as a warning that even if another world is possible, not all other worlds are desirable. In this sense, a robust “Left” in Southeast Asia would invariably have a more well-calibrated imagination (or cynicism, perhaps) than any other, regarding world-making beyond the manifold pre-existing models that have failed to bring liberation to all.

For now, meaningful solidarity has proven otherwise. The history of leftism in Southeast Asia has been bloody, complicated, fragmented, and contradictory, and it would be to foolish to pretend that it were not so. Nonetheless, in a time of rising authoritarianism, bloody and bloodless coups, ethno-nationalism, and insurgency, and in the shadow of new Cold War (a subject of debate we shall not yet adjudicate on), the time has come time to revisit the question in earnest, of what is left in Southeast Asia, and how we might build together.

By inaugurating ourselves we intend to establish a platform where these conversations and imaginations may occur, creating new connections between and amongst ourselves as Southeast Asians, operating on both the level of theory and praxis. And by “Southeast Asian,” we mean no determinate imaginary: Sri Lanka, Hong Kong, Taiwan, Nepal, Northeast India, West Papua, and others are not foreclosed possibilities. We invite collaborations, confrontations, provocations, and interventions that help to understand and reimagine Southeast Asias as they are and as we wish them to be.

We ask what movements are on the ground and what revolutions are in process. How we might look at each other, shifting our gaze from the Global North — both East and West — and be in conversation with our own intellectuals organic and otherwise, activists, and workers? How might we generate our own politics and programs that make sense to our own and to each other, and build meaningful solidarity across borders and barriers? From the uplands to the archipelago, from maritime to mainland, we dream, struggle, and organise for a movement built on class politics, beyond and against the state, towards futurities queer, horizontal, and autonomous. 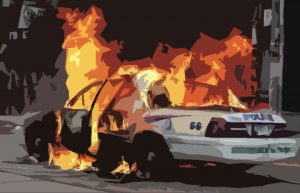